Danishmand, Chairman of the Advisory Board

Prior to joining the Hunar Foundation as Chief Executive Officer, Danishmand was Dean of the Business School at the International Islamic University from 2008 to 2011. From 2002 to 2008 Danishmand was Dean and Director of Pakistan’s leading business school, the Institute of Business Administration (I.B.A.), Karachi (which was established by the Wharton School, University of Pennsylvania and USAID). At I.B.A., Danishmand established a ‘merit only’ policy for admissions and employment which significantly improved the quality and strength of both the student body and faculty. In addition, Danishmand dramatically enhanced IBA's financial position leaving it with unprecedented levels of cash reserves and other assets.

Prior to joining I.B.A., Danishmand was Chairman and Chief Executive Officer of Suzuki Motorcycles Pakistan Ltd. from 1992 to 2002, where he successfully turned around the Company which was on the brink of failure. Between 1982 to 1991, Danishmand was Chief Executive Officer of Atlas Honda Ltd., where he successfully increased the Company’s market share from 33% to 62%. In addition, during this period, Danishmand was a Member of the Board of Directors of Atlas Battery Ltd., Atlas-BOT Investment Bank, and Atlas BOT Lease Co. Ltd. and was a Member of the Executive Committee of the Atlas Group of Companies.

Other career achievements include being Chief Executive Officer of Allwin Engineering Industries Ltd., a Company which he turned around in 1 year and being Executive Director of Muslim Insurance Co., a Company with negative equity and no profit, which he turned into a profit-making operation, in only 1 year.

Prof. Danishmand is a Fellow of the Chartered Management Institute, U.K. He has attended Stanford University’s Executive Program in management at the Graduate School of Business in Palo Alto, California, completed his Doctoral Course work in General Management, with Marketing and Finance as Minors at the University of Southern California (on full scholarship), and received his M.B.A. from the Institute of Public and Business Administration in Karachi, Pakistan (on full scholarship).

Prof. Danishmand’s work has been recognized through several prestigious awards being given to him including but not limited to the Punjab University’s “Patiala-Sime Gold Medal”, the I.B.A.’s “Excellence in Management Achievement” award, the Marketing Association of Pakistan’s “Life-Time Achievement Award”, and Consul General of Holland’s “Erasmus Excellence Award”. He has published several books and articles on Communication, Industrial Policy, and Management Practices.
Carl F. Adams, Member Advisory Board 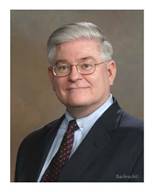 Prior to joining the Financial Standards Foundation, Carl was Global Director of Portfolio Risk Management at Merrill Lynch from 1990 – 2002. In this role, Carl was responsible for overseeing business exposure by country and controlling fiduciary due diligence; communication with key internal and external stakeholders on risk management issues, including executive counsel to central monetary authorities, regulatory and supervisory officials, and international financial institutions.

Achievements include establishing formal exposure reporting and internal risk ratings for over 130 national jurisdictions, expanded assessment of financial and non-financial factors for description of business risk, and shaped internal business strategy and business practice among the firm’s products in all global locations.

Carl has been Non-executive member of the board of directors of the Institute for Risk Standards & Qualifications (iRSQ), London, UK, President of the RMA (Risk Management Association) New York Chapter, Senior Director of the Capital Markets Credit Analysts Society, Participant in the Business Council of the United Nations in New York and Senior advisor to The Securities Industry and Financial Markets Association (SIFMA, formerly The Bond Market Association).

Venkee Sharma is President and CEO, of Aquatech International, the largest private Water Treatment Company in the United States of America. Venkee has been at the helm of Aquatech for 20 years. In this time, the company has transformed from a small, regional manufacturer of industrial water treatment equipment to a recognized and respected major player in the global water industry. When Venkee took over as President of the company in 1991, Aquatech’s revenues were approximately $10 mn and had fewer than 50 employees in one location. By 2011 revenues were approximately $150 mn with over 600 employees in 6 major locations / subsidiaries worldwide. Under his leadership, Aquatech has grown to a global technology and services powerhouse, and arguably the largest private company in its space, completely self-financed through retained earnings under consistent ownership. This track record exhibits Venkee ’s vision and ambition for the growth of Aquatech.

Venkee received Engineering Degrees in Chemical and Biomedical Engineering from highly rated Carnegie Mellon University (CMU) engineering program, and has completed advanced management programs at Carnegie Mellon University’s Tepper Graduate School of Management as well as at Stanford University’s Graduate School of Business. He has also had the honor of serving on the Advisory Board of the US Ex-Im Bank.
Vinod Lala, Member Advisory Board

Vinod joined Guggenheim Securities in January 2011 to help build out the Firm’s Investment Banking platform. Previously, Vinod was a Managing Director in Mergers & Acquisitions at Deutsche Bank Securities, where he focused on the telecom and communications technology sectors. Before that, he worked primarily in the Mergers & Acquisitions groups at Morgan Stanley and Lehman Brothers. In aggregate, Vinod has advised on approximately $75B in announced M&A across nearly 40 transactions involving a wide range of public company, cross-border and complex-structuring situations, and worked on a substantial number of associated equity and debt financings.

Senior Advisor, Ashraf Abushady is a CEO/Board level executive who has led companies like Masafi, Pepsi, Coke, Lacnor and various other organizations as an expert in FMCG. In 2007, he was acclaimed as one of the top 100 CEO’s in the Middle East by Arabian Business Magazine. Ashraf has worked at top advisory levels at NFPC Group and Savola Group, after his success as CEO for Dubai based Masafi Group (one of the leading Bottled Water Companies in the UAE) for 9 years. Ashraf is a structured and energetic senior executive with a strong entrepreneurial and hands-on spirit, carrying over 25 years of experience across the Gulf region. Turn-around business specialist, as well as BU leadership in a variety of trade, consumer, culture and business practice environments, he has solid experience in RTM, SCM, Operations, Planning, Sales & Marketing, and setting up long term strategies, goals and KPI’s. His Core Competencies include the ability to contribute to the success and long-term competitive standing of the brand and the organization, high capability in delivering sustainable growth and profitability through creativity, innovation with common aims and work ethics, skilled in operational excellence for timely delivery of complex solutions and successfully leverages empowerment and people development. Areas of expertise and focus include Diversification, Consolidation and Acquisition, P&L Management, Strategic & Tactical Planning, Executive and Operational Management, New Product Development, Project Management and Operational Excellence. Ashraf holds a MBA degree from the University of Atlanta, USA.